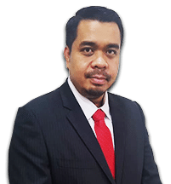 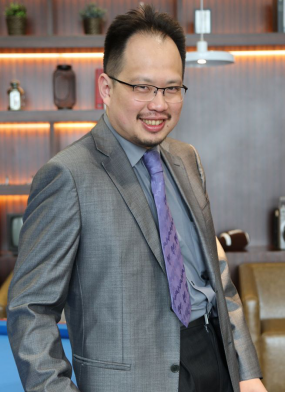 Data Science is an interdisciplinary area between computing, mathematics, statistics, analytics, methods, machine learning, data processing and domain expertise. Mastering Data Science often will need to have a clear understanding of the data, which methods suitable to deal with the research challenges, extract important results and explain fully and accordingly to the goals of research or business requirements.

This keynote presents the innovative AI-based Data Science and Analytics services and methods that can analyze multiple disciplines including healthcare, finance, weather studies, social networks, security and so on. In particular, research outputs from five disciplines will be at the center of attention. The presented examples may include as follows. First, health informatics, such as the studies of genes, cancers, human bodies and COVID-19 research. Second, financial software-as-a-service, such as risk modeling and financial computation and algorithms, will be demonstrated. Third, the weather studies of Thailand over a period of time will be included. Temperature distributions in the entire Thailand will be demonstrated. Fourth, the social networks using the keynote speaker's own data for illustration. Fifth, security and privacy. Pioneering research results and findings will be discussed.

A summary of other examples will be given. Real-world examples can be given and demonstrated so that the overall work can offer Innovative AI-based Data Science and Analytics Services with research contributions. Together with AI and Data Science, the novel methods and techniques can provide insights, accuracy, performance, security and more possibilities to overcome some of the existing challenges.

Prof. Victor Chang is currently a Full Professor of Data Science and Information Systems at the School of Computing, Engineering and Digital Technologies, Teesside University, Middlesbrough, UK, since September 2019. He currently co-leads and leads two Research Groups at Teesside University. He was a Senior Associate Professor, Director of Ph.D. (June 2016- May 2018), Director of MRes (Sep 2017 - Feb 2019) and Interim Director of BSc IMIS (Aug 2018- Feb 2019) at International Business School Suzhou (IBSS), Xi’an Jiaotong-Liverpool University (XJTLU), Suzhou, China, between June 2016 and August 2019. He was also a very active and contributing key member at Research Institute of Big Data Analytics (RIBDA), XJTLU. He was an Honorary Associate Professor at University of Liverpool. Previously he was a Senior Lecturer at Leeds Beckett University, UK, between Sep 2012 and May 2016. Within 4 years, he completed Ph.D. (CS, Southampton) and PGCert (Higher Education, Fellow, Greenwich) while working for several projects at the same time. Before becoming an academic, he has achieved 97% on average in 27 IT certifications. He won a European Award on Cloud Migration in 2011, IEEE Outstanding Service Award in 2015, best papers in 2012, 2015 and 2018, the 2016 European special award, Outstanding Young Scientist 2017 and INSTICC Service Award 2017-2020. He is a visiting scholar/Ph.D. examiner at several universities, an Editor-in-Chief of IJOCI & OJBD journals, former Editor of FGCS, Associate Editor of TII & Information Fusion, founding chair of two international workshops and founding Conference Chair of IoTBDS and COMPLEXES since Year 2016. He is the founding Conference Chair for FEMIB since Year 2019. He published 3 books as sole authors and the editor of 2 books on Cloud Computing and related technologies. He gave 18 keynotes at international conferences. He will give 4 new keynotes this year. He is widely regarded as one of the most active and influential young scientist and expert in IoT/Data Science/Cloud/security/AI/IS, as he has experience to develop 10 different services for multiple disciplines.

Abstract: The role of data in building a successful business has come into sharper focus because of the global pandemic situation that we faced this year. Those businesses that could nimbly expand into the virtual world, or leverage on their digital presence, thrived, where a lot of the traditional ones perished. In this talk, we will go through the mega trends in the world of data, and how to take advantage of the opportunities afforded by crises.

In order to see where we are heading, we need to know how we got here. This maxim is nowhere truer than in the world of digital business. Therefore, we take a look at the changing data landscape and how it evolved in the last decade. We also look at some of the business models that thrived in this landscape. Although it is impossible to predict what will succeed in the future, we may draw from these successes some ideas for the potential applications of the exploding amount of data.

Finally, we will take a closer look at text analytics and a couple of projects that I am involved in. More generally, how data (and text) analytics can help and drive digital businesses and the brands that live on the digital realm will be the concluding remarks of the talk.

Manoj Thulasidas has a Ph.D. in high energy physics from Syracuse University and a diverse professional background. He has worked as a physicist at CERN, a lead scientist at A*STAR, and a senior quant finance professional at OCBC and Standard Chartered before turning back to academics as a professor at SMU. His current research interests include analytics applications in the practice of law and education and, various knowledge discovery algorithms, their quality metrics etc. With a career spanning over 30 years in scientific and quantitative fields, Manoj has published over 200 articles in academic journals and conferences, over 20 columns in newspapers and magazines, and written two books.

Manoj received his undergraduate degree from the Indian Institute of Technology, Madras in 1987. Later, as a Ph.D. student at Syracuse, he studied particle physics at the CLEO collaboration at Cornell University. After receiving his Ph.D., Manoj continued his research in experimental particle physics with the ALEPH collaboration at CERN, Geneva as a staff scientist for the French government.

In 1998, Manoj joined the Kent Ridge Digital Labs (KRDL, later to be renamed I2R, an A*START laboratory) in Singapore to explore various body-based measurements and systems, focusing on Brain Machine Interface and neural signal processing – a role that gave him the perfect opportunity to appreciate the role of perception in physics, inspiring him to write his first book on the philosophy of physics, The Unreal Universe.

After his research career, Manoj moved on to the finance industry as a quant working on the risk management side with OCBC and in the exotic product pricing aspects with Standard Chartered. During this time, he published Principles of Quantitative Development, a book commissioned by Wiley under their Wiley Finance series, and numerous articles in the prestigious Wilmott magazine.

With a wealth of research credentials and practical experience, Manoj Thulasidas has been working as a professor at SIS, SMU since 2016.

It is recognized that information and computer sciences, as well as brain science and cybernetics, have been converging to a common theoretical foundation known as cognitive informatics (CI). CI is a transdisciplinary field that studies the internal information processing mechanisms of the brain, the underlying abstract intelligence(αI) theories and intelligent mathematics, and their engineering applications in cognitive computing, smart communication, and computational intelligence. Demands in AI, computer, and IT industries have driven information theories advancing from communication-oriented (Shannon) and computer-centric (Turing) to brain-inspired (intelligent) informatics. This keynote speech presents the three-generation information theories and their impacts to modern IT technologies. The basic unit of cognitive information is discovered as a binary relation (bir) for knowledge representation and intelligence generation in human brains (Wang, IEEE ICCI*CC’16). CI extends classic information theories for manipulating complex cognitiveentities such as sensory, perception, concept, semantics, knowledge, and wisdom as represented in bir. Applications of the 3rd generation of information theory will be demonstrated in brain-inspired systems, general AI, autonomous systems,cognitive systems, unmanned systems, cognitive robots, and intelligent IoTs.

Yingxu Wang is professor of computer science, brain science, software science, cognitive  systems,  and  intelligent mathematics. He is the Founding President of International Institute of Cognitive Informatics  and  Cognitive  Computing (ICIC). He is Fellow of BCS, ICIC and WIF, P.Eng, and Senior Members of IEEE and ACM. He has held visiting professor positions at Univ. of Oxford (1995, 2018-2022), Stanford Univ. (2008, 2016), UC Berkeley (2008), and MIT (2012). He received a PhD in Computer Science from the Nottingham Trent University, UK, in 1998 and has been a full professor since 1994. He is the founder and steering committee chair of IEEE Int’l Conference Series on Cognitive Informatics and Cognitive Computing (ICCI*CC) since 2002. He is founding Editor-in-Chiefs of Int’l Journal of Cognitive Informatics & Natural Intelligence, of Software Science & Computational Intelligence, and of Mathematical & Computational Methods. He is Associate Editor of IEEE Trans. on Systems, Man, and Cybernetics Systems (TSMC-Systems), Cognitive and Development Systems (TCDS), and SMCM. He is the IEEE Computer Society Representative to the steering committee of TCDS. He is Chair of IEEE SMCS TC-BCS on Brain-inspired Cognitive Systems, and Co Chair of IEEE CS TC-CLS on Computational Life Science. He is an IEEE FDC Steering Board Member on Symbiotic Autonomous Systems Initiative, and members of the IEEE Brain and SPS Autonomous Systems Initiatives.

Dr. Wang is recognized by Google search as the initiator of a few cutting-edge research fields including cognitive informatics, cognitive computers, denotational mathematics (concept algebra, process algebra, system algebra, semantic algebra, big data algebra, visual semantic algebra, and causal probability theory), abstract intelligence (aI), the 3rd generation of information theory in the knowledge space, the spike frequency modulation (SFM) theory of neurology, mathematical modeling of the brain, the 6th category of machine knowledge learning, the discovery of the basic unit of knowledge as a binary relation (bir), and the cognitive knowledge base theory. His basic studies have been across contemporary disciplines including systems, cybernetics, intelligence, robotics, knowledge, computer, information, brain, cognition, software, data, neurology, and linguistic sciences. He has published 560+ peer reviewed papers and 36 books. He has presented 55 invited keynote speeches in international conferences. He has served as honorary, general, and program chairs for 38 international conferences. He has led 10+ international, European, and Canadian research projects as PI by intensive collaborations with renowned peers and leading industrial partners. He is recognized by Research Gate as among the top 2.5% scholars worldwide with 298,000+ readers